Thought leader and community advocate Bill Milliken took time (see interview below) to share his thoughts on education reform today and how we are currently impacted by yesterday’s lessons. Milliken has worked to integrate mentorship into the dropout recovery discussion ever since his first “street academies” opened up in the early 1960’s. 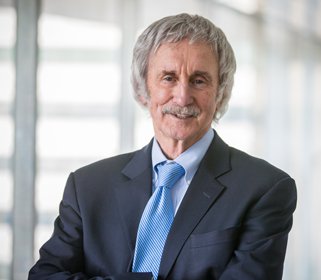 Bill Milliken, Founder and Vice Chairman of Communities In Schools, Inc., is one of the nation’s foremost pioneers in the movement to give young people the help they need to graduate from high school and go on to rewarding lives.

Mr. Milliken’s activism began in 1960 when he joined Young Life, an ecumenical youth organization. He helped initiate “street academies” for young people who had dropped out of school and wanted a chance to resume their education, as well as live-in programs for substance abusers and youth in need of shelter and support. His experiences led him to search for a comprehensive approach to helping young people. This search culminated in the 1970s with the development of a model program that repositioned existing community resources into schools — the Communities In Schools network, which Mr. Milliken led as President until May 2004.

Communities In Schools is the nation’s leading community-based organization helping students achieve in school and prepare for life. Currently, the organization directly serves more than 1.26 million students and their families each year in more than 2,700 schools in 28 states and the District of Columbia. Mr. Milliken has served three U.S. presidents and has received numerous honors for his commitment to young people.

Most recently, he was the recipient of the Visionary Ambassador’s Award from Usher’s New Look Foundation; prior to that, he received the National Jefferson Award for Public Service, which is widely regarded as the “Nobel Prize” for outstanding community and public service.

Mr. Milliken serves on the boards of Leadership Foundations of America, PathNorth, and Communities In Schools of Northern Virginia. He is the author of four books: So Long, Sweet Jesus;Tough Love; The Last Dropout: Stop the Epidemic!; and From the Rearview Mirror: Reflecting on Connecting the Dots. He received an honorary degree of Doctor of Humane Letters in 2007 from Bard College.

The Canary in the Coal Mine: The U...

Preparing for the Upcoming AAS...

Without Teachers, Then What?

This site uses Akismet to reduce spam. Learn how your comment data is processed.